Elizabeth, NJ – The Union County Board of Chosen Freeholders is pleased to present an exhibit of photography/montage by Darlene Foster of Plainfield in the gallery space at the Union County Office of Cultural and Heritage Affairs, located at 633 Pearl…

As the Crow Flies 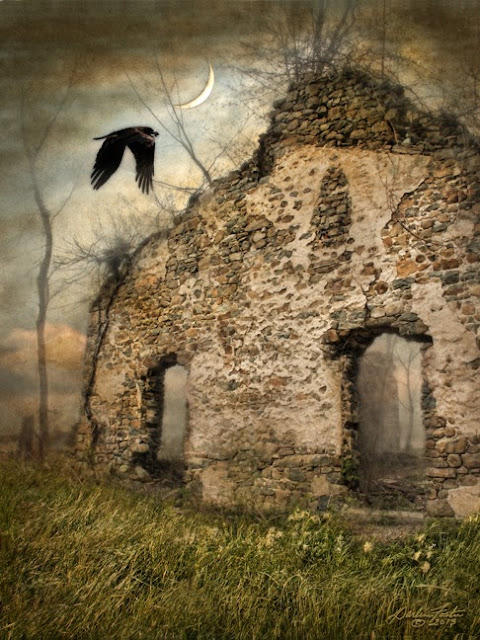 As the Crow Flies ©2013 - This is a montage of 4 different photographs, 3 of which are a result of a road trip along Rte. 57, heading toward Washington Township in Warren County, NJ.  The 4th, a crescent moon, was taken in my backyard.  The base image is the haunting remains of Mount Bethel Evangelical Lutheran Church and cemetery also known as Old Swack Church (named for it's builder, Jacob Swackhammer) erected in 1844.  There seemed to be some clearing and cleaning up of the property going on, hopefully in an effort to preserve whats left of the building and the graves surrounding it.  The wild grasses from another image taken that day were added to the foreground in place of the debris from the clearing.  My favorite part of this piece is the incredible crow that I was lucky enough to capture just as he took flight from a recently plowed corn field.  Upon close examination, I realized he was carrying a tiny mouse in his mouth!  Well, it was close to dinner time.

Posted by Darlene at 7:57 PM No comments: 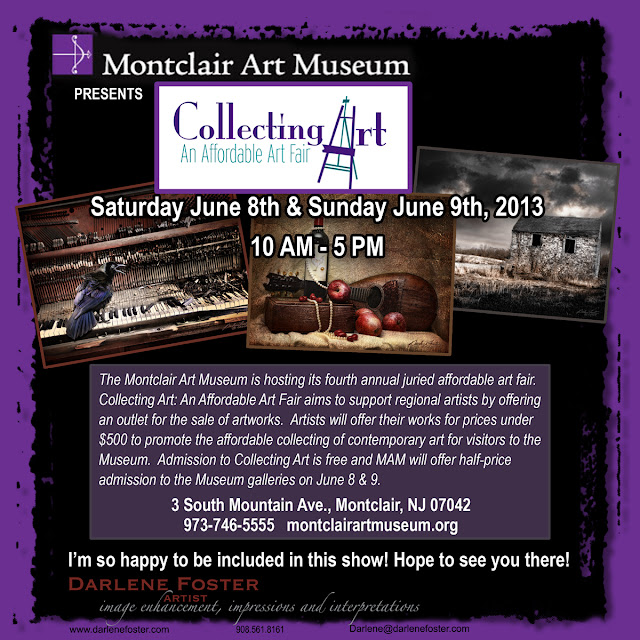 Posted by Darlene at 5:59 PM No comments: